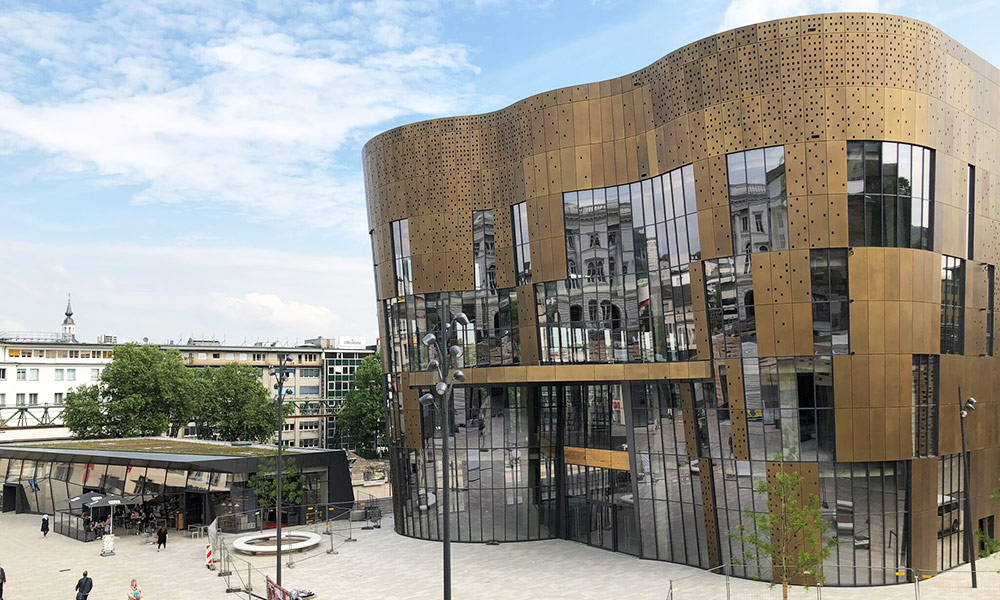 In Wuppertal, a city of 350,000 people in North-Rhine Westphalia, east of Düsseldorf, Signature Capital invested in a town centre redevelopment that will change the city forever. Next to the main train station, linking it with the city’s top pedestrianised shopping street via a new footbridge, Signature Capital developed an award winning retail offering with approximately 9,500 sqm let to PRIMARK and 2,300 sqm let to a number of individual shops ranging in size from 60-600 sqm arranged around a newly formed Plaza. The development simultaneously saw city and federal authorities invest more than €140 million in rail and road infrastructure and surrounding buildings to produce a new transport hub for Wuppertal’s newest high street offering.

The Chapman Tylor design and the mix of such tenants as PRIMARK, dm drugstore, Tally Weijl and Vorwerk will offer consumers a new area in which to spend quality time in attractive surroundings that provide parking, transport links and a shopping experience that has never been seen in Wuppertal before. Building works by the local authority and Signature Capitals are now complete and handover to tenants began to take place in the first half of 2018, allowing retailers to open their doors to customers last summer. PRIMARK will open its store in April 2019.

In the Northern German City of Hamburg, Signature Capital purchased the freehold interest in a department store in a shopping centre called the “Billstedt Centre”. Following an agreement with the tenant Karstadt to vacate the premises, Signature Capital was able to let the majority of the space to PRIMARK (approximately 7,200 sqm), opening its first store in Hamburg here in 2017.

The remaining space was let to major tenants like Müller Drugstore (approximately 2,200 sqm) and Woolworths (approximately 1,700 sqm) with smaller retail units let to a fashion store and another currently under negotiation. Whilst the PRIMARK opening was a huge success and initiated a revival of the BIllstedt Centre that can be clearly seen and felt, the opening of the remaining new shops by the end of 2017 will mark a new phase in the life cycle of a previously anonymous, suburban shopping mall.

This investment in a section of the Centre has already prompted further investment by existing retailers elsewhere in the Centre, thereby enhancing the livelihood and quality of the property for all its stakeholders.